In 2004, the Department of Environment, Land, Water and Planning (DELWP, then Department of Sustainability and Environment), published the Victorian Koala Management Strategy. This strategy finally is being reviewed.

With koala population and range declines occurring at an unprecedented rate in NSW and Qld, the conservation significance of Victoria’s koalas is even more important than it was in 2004. However, the old challenges to conservation (habitat clearance, wildfire, disease etc) still remain, and we face new challenges including the effects of climate change, and changing land use (e.g. plantations, urbanisation). Considering all of these challenges in one strategy will be a challenge in itself!

‘Too many koalas’ is something that is difficult to comprehend. However, it happens all too often in the southern part of the koala’s range and the consequences can be devastating. Trees die, koalas starve, and entire ecosystems are decimated!

Framlingham is just one site in Victoria that has a long history of koala overabundance. Fires in early 2007 impacted koala populations in Framlingham Forest but since then, koala numbers in the township and along the Hopkins River have gradually increased to the point where the habitat cannot sustain them.

Unfortunately, management responses to these problems are never proactive. Action only occurs when impacts already are significant, and usually is reluctantly in response to negative press (or the threat of such). As a result, the cost of management is much higher and does not prevent ecosystem-wide impacts.

Koalas at Framlingham are finally being managed. It is great to see this happen but very sad to see the devastation that has already occurred…. 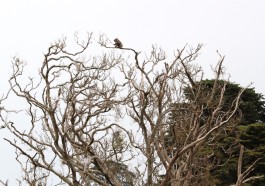 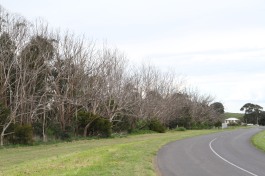 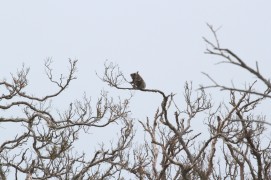 The Australian Geographic Society has advised us that they will support our research into koala personality!